A study by ‘Stratistics MRC’, a leading global survey company, reveals that global telecom billing market is expected to grow from $8.98 billion in 2017 to $20.99 billion by 2026. This stat shows a compound annual growth rate of nearly 10%, which indicates quite a prominent rise in the importance of telecom billing management system. The projected growth in the field of billing clearly shows that most companies realize its potential as the difference maker and consider it to be the tool that breaks the tie between competitors.

The Fading Line between OSS and BSS in Telecom

Another reason why the focus of telecom companies is on telecom billing management is due to the blurring lines between OSS and BSS in telecom. The legacy hardware utilized in telecom billing was specifically created for handling OSS BSS telecom tasks separately. BSS tasks were tied to BSS hardware and OSS tasks were bound with OSS hardware. However, this way of operation leads to underutilization of the system.

The biggest reason for this underutilization is that there are certain applications in OSS/BSS operations that reach their peak at specific times. For example, billing application that is a part of BSS is only run frequently at the end of the billing cycle and ticketing application is executed frequently when the network is congested. At other times, BSS and OSS hardware remains underutilized, which is a complete waste of precious hardware resources.

Proposed Solutions for Maximizing Utilization of OSS and BSS in Telecom

A school of thought also promotes the use of big data technologies and the utilization of NoSQL databases for higher degree of horizontal scaling of OSS/BSS applications. Considering how popular the emerging beliefs are and how they can help in tapping the full potential of hardware, it makes good business sense to invest in a telecom billing management system that is inspired by the latest tech.

According to the study by Stratistics MRC, fraud management section (in telecom software) is anticipated to grow at a faster pace in the near future. It is expected that telecom billing management solutions of the future should be able to analyze historical data and give pointers to telcos about how to prevent frauds. It is also expected that technologies like ‘Blockchain’, which have become popular due to the proliferation of digital currencies, will be used as part of telecom billing solutions in the coming years. 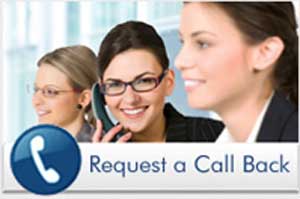